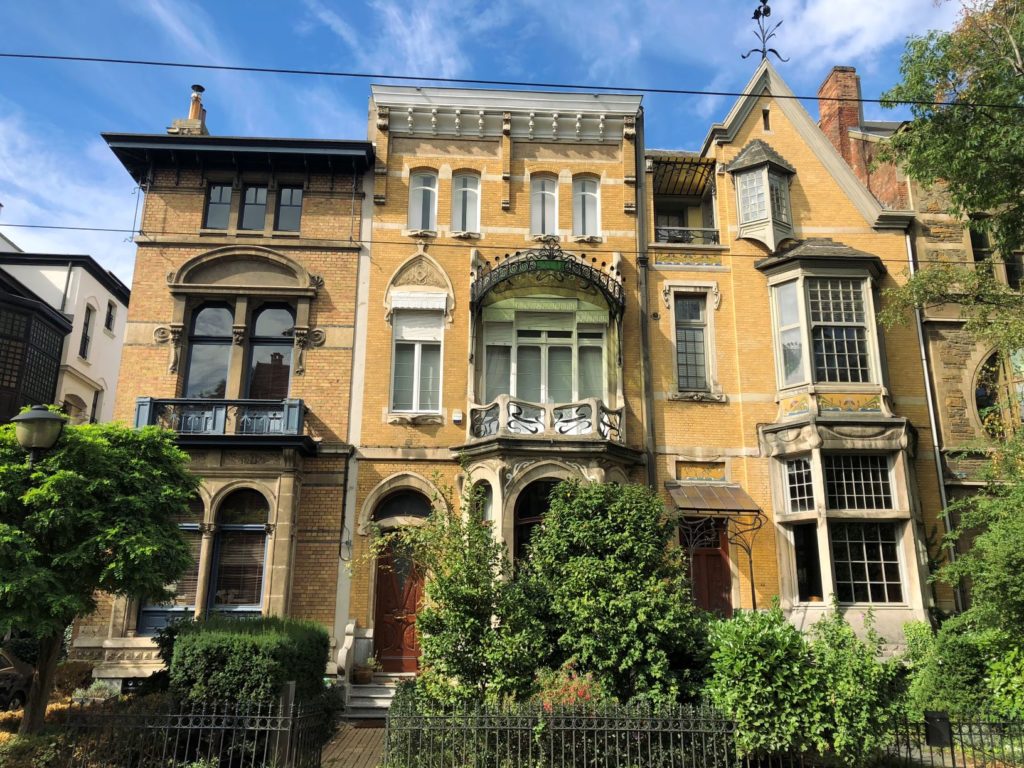 From right to left: Cogels Osylei 44 (Iris) =, 46 (De Roos), and 48: three houses with different design contributing to the variety in the Cogels Osylei 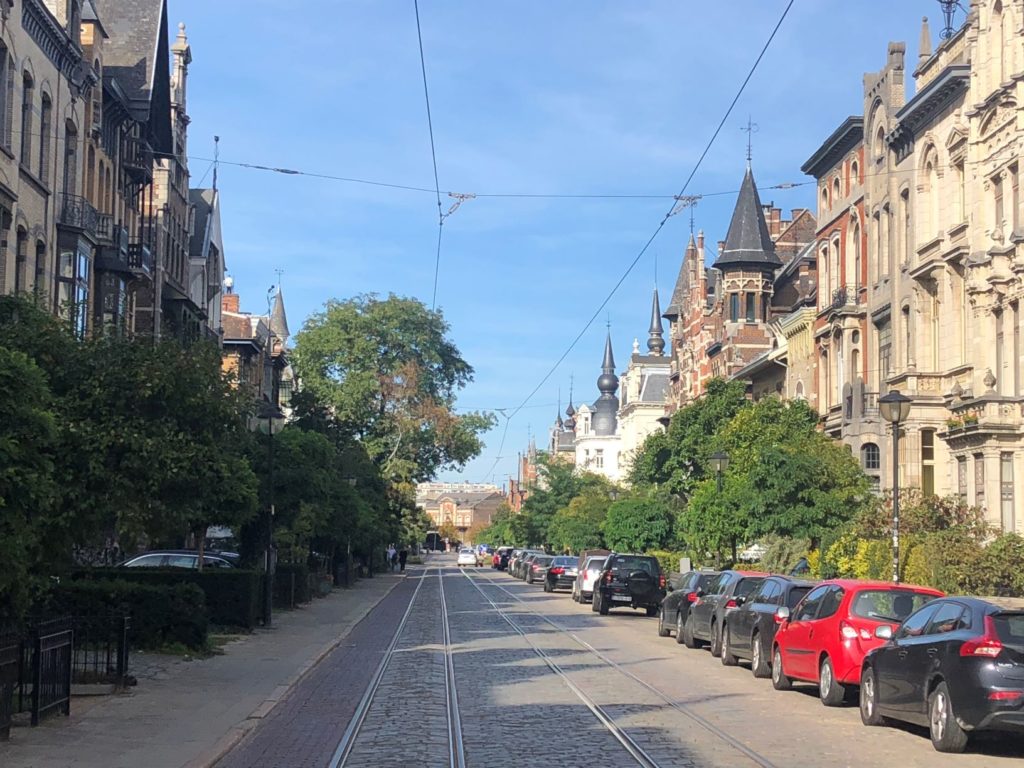 View through the Cogels Osylei, overlooking a selection of houses on the east side of the street 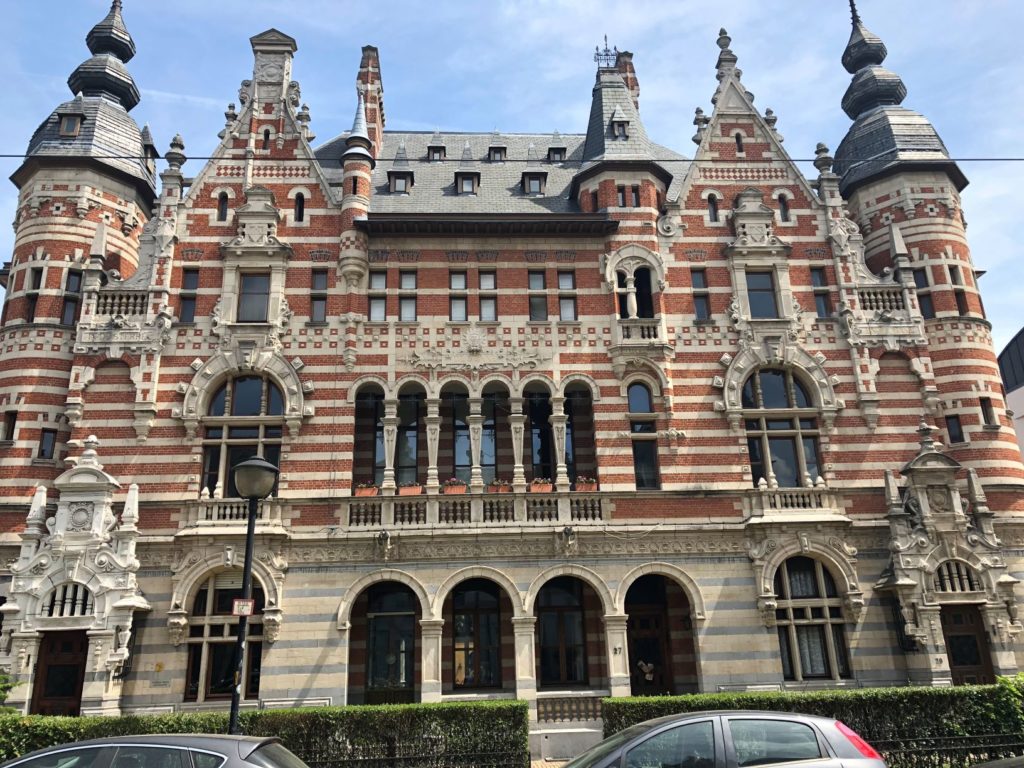 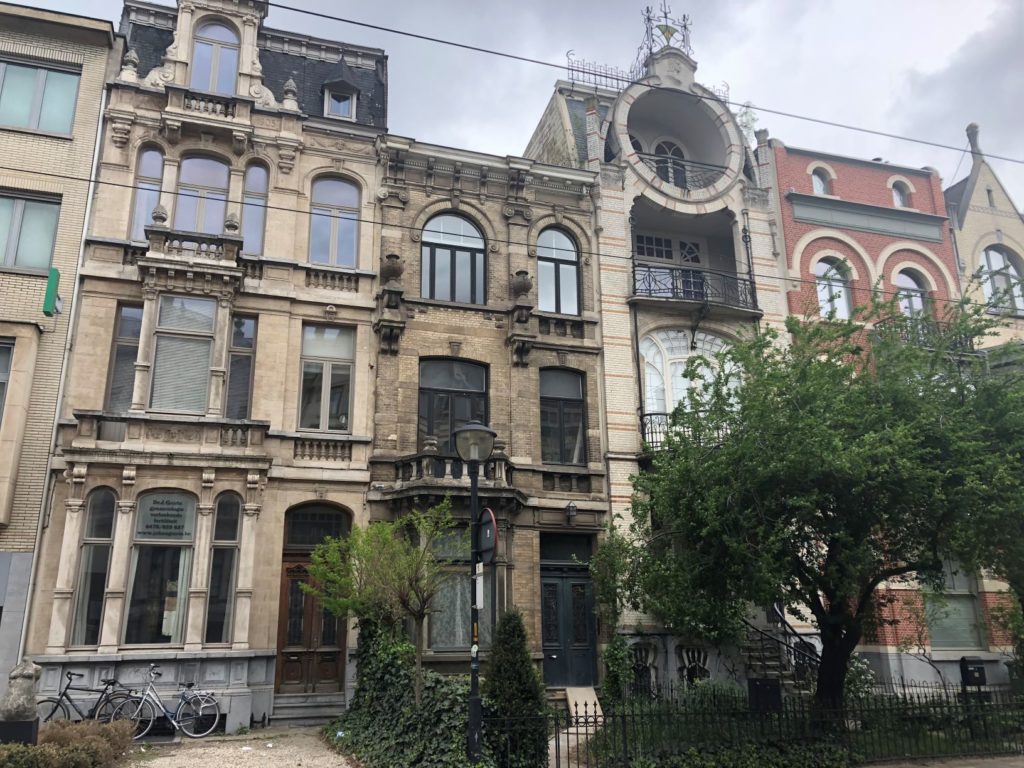 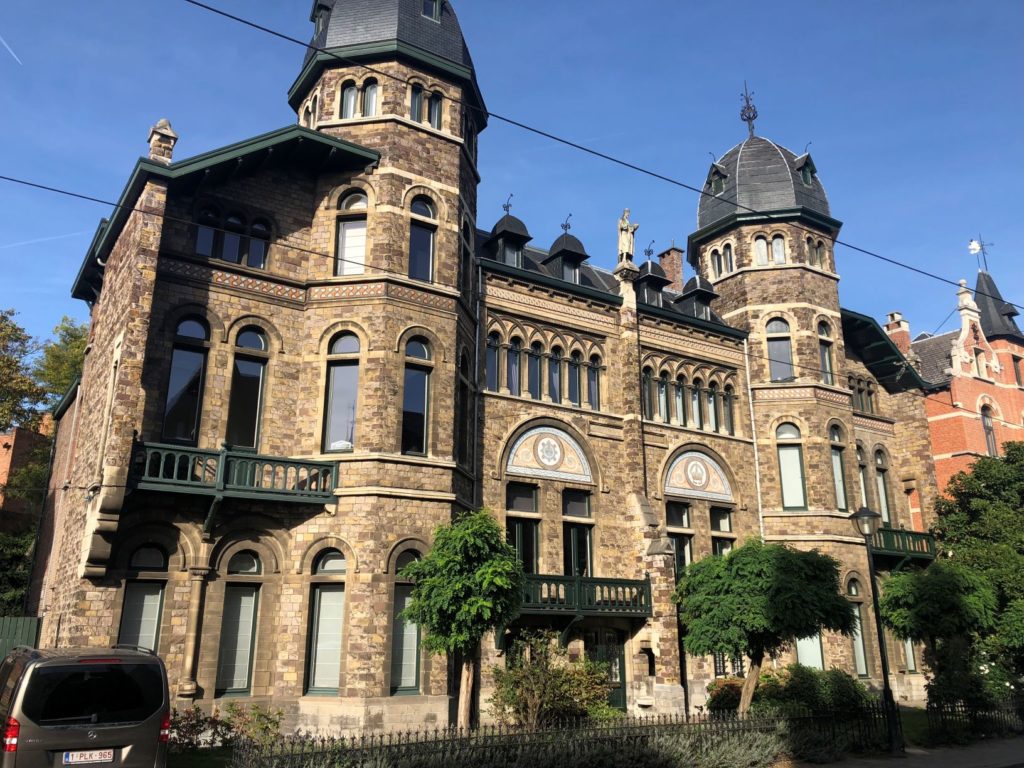