Chinatown’s Gate in Wardour Street was inaugurated in 2016 and marks the entry into Chinatown near Leicester Square. The current Chinatown was not established until the 1970s. In the past, an area in the East End near Limehouse was known as Chinatown, but was heavily damaged during World War II. 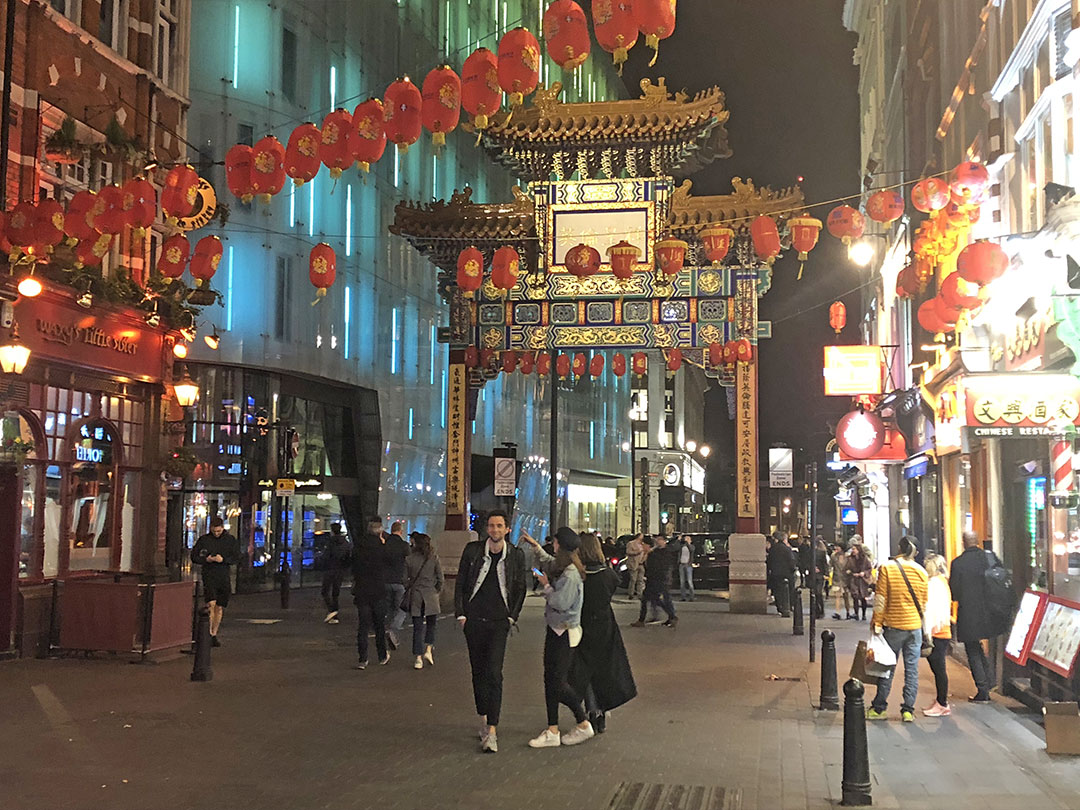